50+ of The Best Hidden Gems to Visit in Regional Australia

There are countless popular holiday destinations in regional Australia that you can easily find in just a few clicks. But with over 7 million km² of land, the country is brimming with lesser-known spots that are just as worth exploring — so why not go on an off-the-beaten-track adventure for a change?

Check out eight of the most incredible hidden gems (plus a bunch of other ones right nearby) in regional Australia and consider these spots your launching pad for planning your upcoming travels around regional Australia. With over 50 places to check out, there’s no excuse not to get out and explore what Australia has to offer!

Catch a flight to Alice Springs, hop in a rental car, and head out to the West MacDonnell Ranges to experience Ormiston Gorge. The national park is only about 20 minutes drive from the centre of Alice Springs and is a show of the Red Centre at its best. And while there are plenty of things to see and do around the West MacDonnell Ranges, why not start by seeing Ormiston Gorge?

This coldwater swimming hole is surrounded by rust-red coloured cliffs and it makes for a striking sight. Channel your inner photographer by doing your best to snap your own Instagram-worthy shots, and don’t forget to pack your swimmers if you’re visiting in summer too — a refreshing dip in Ormiston Gorge is another must-do for visitors.

Ormiston Gorge is an excellent year-round attraction, even if the water might be slightly too chilly for a paddle during winter. If the mercury won’t have you braving the water, there is plenty to fill your day on dry land. There are bushwalking trails galore, including the Ormiston Pound Walk, which takes about three to four hours to complete. The trail extends along the rocky slope and flat floor of the gorge, passing the swimming hole on the way. There’s also the 20-minute Ghost Gum Lookout Walk for those after a shorter hike.

While the landscape is the main attraction of Ormiston Gorge, animal lovers will also be pleased with the wide variety of native wildlife that can be spotted here, particularly birds, like the native painted finch and spinifex pigeon.

Ormiston Gorge just scratches the surface on all there is to do around the region. Once you’ve spent some time there, continue your tour of the Red Centre by paying a visit to these nearby attractions:

Victoria’s Great Ocean Road is one of the state’s most visited attractions. While this famous stretch of road can become busy with other travellers, there are still a few hidden spots that the crowds haven’t cottoned on to quite yet. One of these spots is Magic Rock, located southeast of Warrnambool and about a three-and-a-half-hour drive from the Melbourne CBD.

Magic Rock is a unique vertical rock formation that tends to fly under the tourist radar. It can be a bit tricky to find, so you may need to rely on GPS. But the extra effort that goes into finding the Rock makes it all the more special and enchanting when you get there.

Once you see the Rock, you’ll likely understand how it got its name. It sits above the ocean in a way that seems magically suspended on the water, particularly during high tide. Visiting Magic Rock during low tide is super rewarding too as you can climb over boulders for an up-close view of the rock. Just be careful you don’t get too close to the shoreline as waves are strong and unpredictable. The views of Magic Rock are always stunning, but you’ll be especially wowed during the glow of sunrise or sunset

The Blue Mountains as a whole is no secret, but head off the main tourist trail to discover dozens of less-visited gems around this world-famous national park. Whether you’re planning a quick and easy weekend getaway, or a longer stay in the Blue Mountains, be sure to plan to visit a lookout point or two. Some lesser-known viewpoints around the Blue Mountains include:

Jenolan Caves and neighbouring Blue Lake are other spots to put on your Blue Mountains holiday itinerary. Jenolan is an underground network of about 300 limestone caves; nine are open to the public with guided tours, including a spooky after-dark ghost tour. Blue Lake lives up to its name thanks to its natural deep shade of blue. See it from all angles by walking along the 30-minute Blue Lake Loop.

See more of the Blue Mountains by including some of these stops too:

If you’ve got just one day in Launceston, take one step onto the Bridestowe Lavender Estate and you’ll instantly feel like you’ve been transported to the fields of Provence, France. The lavender at Bridestowe was first planted in the early 1920s and has since grown to make up the largest lavender farm in the Southern Hemisphere.

You can visit Bridestowe all year round, but the summer months are when the lavender is in full bloom and the place really shines. The period between December and early February sees the most iconic views at Bridestowe, but each season has something unique to offer. Autumn brings with it golden foliage, the winter months promise views of snow-capped Mount Arthur, and the lavender begins to flourish and show its colour again in the spring.

Snap some photos of the lavender fields, and then have fun with Bridestowe’s flower-focused activities. Take a free tour, head to the Distillery to see how oil is extracted from the flowers, pop into the cafe for lavender ice cream, and shop the range of products in the gift shop. You’ll find everything from lavender oils and perfumes to soap and skincare products to teas and jams.

Entrance to Bridestowe Lavender Estate costs $10 during flowering season and is free the rest of the year. Tasmanian residents receive free entry year-round.

The Flinders Ranges is known for its landscapes, with a rust-red terrain that has an otherworldly feel to it, as well as its fossils and wildlife.

If you’re planning on travelling to South Australia, set aside at least a few days to explore the different areas of the Flinders Ranges. Some must-sees to have on your radar include:

Australia’s west coast is brimming with things to see and do. While the many unique places to explore between Perth and Broome get all the attention, the Stirling Range National Park, four hours south-east of Perth, is one of the best. The park sits in WA’s southwestern corner, a quick drive from the coastal city of Albany.

There are more bushwalking trails that take in the other peaks of the Stirling Ranges, including Toolbrunup Peak, Talyuberlup Peak, Mount Trio, and Ellen Peak. Particularly avid hikers may want to consider tackling the Stirling Range Ridge Walk. This 26-kilometre route typically takes two or three days to complete. It’s a more challenging walk so it’s best for experienced walkers.

Those who would prefer to see the sights by car rather than on foot will love the Stirling Range Drive. The spectacular (mostly unsealed) drive winds its way through the national park for 42 kilometres, providing a unique perspective of the peaks.

Once you’ve made the journey to the Stirling Ranges, set aside time to take in more of the hidden treasures around this corner of WA, such as Torndirrup National Park or Yarrabee Wesfarmers Reserve.

Victoria’s northern border has a bounty of tucked-away places to put on your holiday itinerary. One of these places to discover is Bluff Falls, located within Burrowa Pine Mountain National Park. The waterfall cascades down the Burrowa Plateau and Cudgewa Bluff — both centrepieces of the national park.

The best way to view the secluded waterfall is by taking a walk along the four-kilometre Bluff Falls Nature Walk. It hugs Bluff Creek and offers views of native plants, birds, and mammals before reaching the base of the gorgeous Falls. It’s possible to visit Bluff Falls and Burrowa Pine Mountain National Park on a day trip from Albury, but you can enjoy it to the fullest by bringing a tent or hiring a motorhome and staying a couple of nights at one of the park’s campgrounds.

Bluff Falls is only one of the many secret locations within Burrowa Pine Mountain National Park. Some other ones to put on the bucket list include:

Go off the grid by planning a visit to west Tasmania’s rugged wilderness. The charming fishing town of Strahan is the perfect place to base yourself for this adventure. It sits on the northern banks of Macquarie Harbour and is just a stone’s throw away from the beach, ancient mountain peaks, temperate rainforest, and the Gordon River. The area around Strahan is also ideal for getting up close and personal with the Tassie wildlife, such as fairy penguins, platypus, dolphins and even whales in season!

Some of the other places to get in touch with the rugged nature around Strahan include:

How many of these hidden gems in Australia have you heard about before? We hope there are a bunch of new ones for you to discover! All of them are worth a visit so if you’re planning your next trip to the country, so make sure to give yourself some time to cover a few of these ‘undiscovered’ spots before they become popular destinations!

Local recommendations and word-of-mouth tips are one of the best resources when it comes to planning a holiday. After all, who better to share what you should see, do, experience and take in better than travellers who have already been there, done that? So, Webjet recently put out the call for the best regional gems – as loved by you – in our recent ‘Show Us Your Australia’ competition. We asked you to #ShowUsYourAus on Facebook and Instagram, telling us about the regional treasures around Australia that you think should be on every traveller’s radar. Eight lucky winners were then selected to win a $1,000 Webjet eGift Card – perfect to put towards visiting any of the spots submitted for ‘Show Us Your Australia’!

While there could only be eight winners, the ‘Show Us Your Australia’ competition received hundreds of incredible entries that put the spotlight on destinations and places around Australia that are sure to be added to your visit wish-list! Check the entries out on at #ShowUsYourAus on Instagram, or following the comments on the competition’s Facebook post. And when you’re ready to see those places for yourself, you can get there thanks to Webjet’s cheap flights, accommodation and car hire. 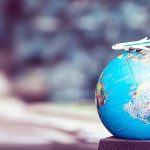