Egypt is hot. The country of Cleopatra and Mohamed Salah is making its way back onto the radar of travellers from around the world. And while you might know Egypt for its Pharaohs, pyramids and astoundingly rich mythology, there is more to this country than what you’ve seen on postcards or in Hollywood blockbusters. And one of the key draws of travelling to Egypt in the near future is the soon-to-be debuted New Egyptian Museum. Slated to open in 2020, it is set to become one of the largest museums in the world and will hold the priceless artefacts that the current Egyptian Museum is already overflowing with.

With so much to see and do in Egypt, making sure you’re properly fuelled and ready to go suddenly becomes all the more important (or, at least, that’s what you can tell yourself after your second generous helping of knafeh). Happily, Egyptian cuisine is as mouth-watering as it is diverse – and there is also more to it than hummus and kofta. There are influences from the ancient world, as well as the Mediterranean and sub-Saharan Africa, all colliding in dishes that you’ll find yourself craving long after you return home. From feteer and ful, to comforting bowls of kushari and om ali; ahead are some of the best things to eat in Egypt.

What To Eat in Egypt

Carbs on carbs on carbs: kushari, or koshari, could be the ultimate next-level comfort food. It is such a beloved dish that it is even called the national dish of Egypt. So, when asking yourself, ‘What do you eat in Egypt?’, kushari should make at least one appearance. Kushari layers cumin-spiced lentils, chickpeas, macaroni noodles and rice into one blissful bowl. It is then topped with a tomato sauce, a sprinkling of fried onions, garlic and vinegar, and, if you can handle the heat, a splash of chilli oil. It all makes for one seriously satisfying meal that can be picked up from street food vendors or casual restaurants. As an added bonus, kushari can be incredibly cheap and a few dollars is all it takes to be presented with a humongous bowl in return. Many of the best restaurants in Egypt specialise in kushari, and the dish is often treated as a most hearty take on fast food.

What do you eat in Egypt if you need something that is great on the go and delicious to boot? Feteer. The rough translation of feteer is ‘pie’ or ‘pizza’. Think crispy layered pastry filled with anything from savoury mince to sautéed vegetables, cheese and even sweet combinations like chocolate and fruit. The pastry is stretched and pulled before being topped or filled, and some restaurants in Egypt even dish up takeaway feteer in boxes akin to those used for pizza deliveries. A square-shaped feteer is also common. No matter how it arrives, feteer makes a top dish to share with a group. Just cut into wedges or slices and pass around. Another reason to order feteer when thinking about what to eat in Egypt is that it can be eaten cold just as easily as it can when hot – the pastry tends to stay crisp even when left to cool.

Pastry. Sugar syrup. Cheese. It sounds like a match made in dessert heaven, right? Meet knafeh, a traditional sweet treat popular throughout the Middle East. Thankfully, it isn’t hard to track down and can be found in most dessert shops in Egypt. Much like other popular things to eat in Egypt, knafeh can go by several different names – kunafeh, kanafeh and konafa included. There are riffs and takes on knafeh depending on the region visited and the baker but at its core, this moreish dessert sees a creamy mild cheese sandwiched between layers of finely shredded pastry (usually kataifi, although filo is also common). The pastry is typically tossed with lashings of melted butter, and a sugar syrup drenches the knafeh once it emerges from the oven. Honey, dried fruits and rose or orange blossom water can be added into the cheese filling, and crushed nuts can also be sprinkled on top. For ardent sweet tooths, knafeh has to be among the best desserts in Egypt.

Rivalling knafeh in the sweet stakes is om ali. Think of om ali as an Egyptian bread pudding. While the history of this dessert is a bit sketchy  – legend has it that it is named after the murdered second wife of an ancient dynastic ruler – that shouldn’t deter you from ordering a piping hot serve of this indulgent pudding. Om ali is as easy to make as it is to devour. Chunks of puff pastry or bread are mixed with almonds, coconut flakes, raisins and sugar, and a decadent milk and cream blend is then poured over. Top with cinnamon and bake until golden and bubbling. The hardest thing about ordering om ali is fighting the temptation to dig straight in when the dish arrives at your table; give it a minute or two to cool down before diving in with reckless abandon.

Up there with falafel as one of the most recognisable Egyptian foods is shawarma. This is another dish whose origins are ambiguous, and which varies depending on country. In Egypt though, shawarma refers to mammoth rotating cones (or towers) of meat that is then thinly carved onto flatbreads or pita. A layer of fat melts over the spit as it slowly cooks, imparting the meat with incredible flavour and ensuring it doesn’t dry out. The meat is fall-apart tender and can be devoured just as is, or paired with hummus, tahini, rice, vegetables or salad. Shawarma has a special place in Egyptian cuisine, as one of the country’s most popular street foods and also one of the dishes travellers most commonly associate with what to eat in Egypt. Shawarma stalls are abundant through almost all major cities and tourist hubs, and the best places to eat shawarma become particularly lively as the afternoon ebbs into evening. So how do you know the best shawarma? Simple. Follow the crowds – and your nose.

Eat like a Pharaoh and answer the question of what traditional Egyptian food is like with a serve of ful medames. Made from stewed and seasoned fava beans, ful is a typical Egyptian breakfast dish – though that shouldn’t stop you from feasting on it at any other time of day. Ful has been a staple of the Egyptian diet for centuries and makes a nutritious and filling way to start the day. That said, a dish of ful is a crowd-pleasing mezze addition, especially when you can sop it up with oven-fresh flatbread. The smooth and crushed texture of ful lends it to being used as a dip hybrid, and it can be spread into a pita as an alternative to hummus or straight tahini (both of which are also classic Egyptian fare). To make ful, dried fava beans are usually soaked overnight and then flavoured with lemon juice, garlic, parsley and onion. Some variations add in other spices and aromatics.

Chances are you’ll either love or hate molokhia. This dark (near murky) green soup is made from stewing leafy vegetables known as jute or Jew’s mallow, and boiling the leaves results in an almost slimy mouthfeel. Don’t raise your eyebrows in distaste before you’ve tried it though. Molokhia is one of Egypt’s most popular dishes, and is a traditional comfort food that has been eaten since ancient times. It is usually made with a meat-based broth flavoured with lemon, garlic and ground coriander, then served with rice and pieces of chicken, lamb or diced beef. Appearances aside, molokhia is incredibly nutritious – and could just be the boost of vitamins and minerals you want to counteract other bread- and meat-heavy meals. Even if you can’t get past the texture for a second mouthful, molokhia is one of those dishes that every visitor to Egypt should try at least once.

Want to really impress the locals? Order ta’meya. Using the local lingo for falafel will earn you traveller cred that you can feel rightly smug about as you bite into your first crispy deep-fried patty. Egyptian ta’meya tend to be made with fava beans (also known as broad beans) rather than chickpeas, and purists will argue that the swap yields a crispier and fluffier result. Onion, garlic and fresh herbs are packed into the blitzed beans, which are then formed into patties, sprinkled with sesame seeds and cooked in piping hot oil. These flavour bombs are mouth-watering standalone snacks, but become even better when drizzled with tahini sauce, stuffed into pita, or scoffed with hard-boiled eggs, cucumber and tomato, pickled veg, or as part of a wider mezze feast. Ta’meya is found everywhere, from the menus of the most famous restaurants in Egypt, to local markets and street food vendors. Be warned though: it is near impossible to stop at gobbling just one ta’meya!

Moussaka might be one of the calling cards of Greek cuisine, but the Egyptians have their own take too. And it’s all thanks to centuries of influence that moved from the Mediterranean coast, along the Nile and as far down as Aswan and into the Nubian communities that reside there. While Greek moussaka can be made with a meat sauce, the Egyptian messa’aa (or mesaqa’ah) tends to champion the eggplant; sautéed and fried and layered with onion, peppers and a rich bechamel. The baked, hot and bubbling dish that emerges is warming, satisfying and incredibly delicious. Tradition has messa’aa served warm (rather than straight from the oven) as it’s said to enhance the flavour. Scoop up extra sauce with torn chunks of flatbread or white rice.

Meat, rice and bread, sauce: the four basic components of fatteh may sound simple but this traditional Egyptian dish is bursting with layered flavours. An Egyptian fatteh (there is also a Lebanese version) fries up torn pieces of pita in ghee or butter, and then adds in aromatics such as cumin and garlic. The bread is topped with white rice and slow-cooked meat, like lamb or chicken. The final step is a smothering of a garlicky tomato sauce. Much like other staples of Egyptian cuisine though, how a fatteh is prepared and served will vary depending on the city and restaurant, and you might also see it arrive with chickpeas, strained yoghurt, pine nuts and eggplant. Fatteh is popular to serve at Eid al-Fitr (the celebratory feast that marks the end of Ramadan), as well as weddings and other get-togethers.

What Not To Eat In Egypt

There are no hard and fast rules about what foods to avoid eating in Egypt. Use the same common sense you would apply to eating out in other countries, particularly when it comes to buying bottled water, washing your hands and other general hygiene. Some more tips about eating in Egypt: What Can You Do in Barcelona’s Gothic Quarter? 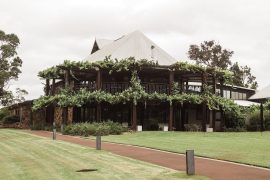