Adventure to the Kimberley

One of the last true wilderness areas on Earth and three times larger than England, the Kimberley region is a land of breathtaking contrasts covering billions of years in history. It’s here you’ll find native wildlife, majestic canyons, freshwater swimming holes and several outback stations, as well as one of Australia’s greatest 4WD road trips.

Despite the area’s remoteness, it’s also a place of great food, luxury accommodation, friendly locals and one of the most romantic beach towns on Earth

Explore the Many Wonders This Amazing Region Has to Offer Including:

• An exhilarating helicopter flight over the magnificent beehive domes of the Bungle Bungle Range in World Heritage-listed Purnululu National Park.

• Riding the white waters of the spectacular Horizontal Falls, or follow the trail of legendary cattle drovers on the Gibb River Road.

• Immersing yourself in one of the world’s oldest living cultures, seeing ancient Aboriginal stories come to life in some of the oldest artworks on Earth, the Bradshaw Rock Paintings (also known as Gwion Gwion).

• Joining a luxury cruise of pristine reefs and archipelagos.

• Witnessing the rare spectacle of the Staircase to the Moon from March to October.

• Catching a ride on a camel train and experiencing a Cable Beach sunset or laze in chic beachside eco retreats and resorts.

• Attending an annual event such as the Karijini Experience (April), Ord Valley Muster (May), Shinju Matsuri (September), and the Broome Cup Carnival.


Kununurra is the eastern gateway to the Kimberley region offering a wide range of tours to attractions such as the Mitchell Falls and Lake Argyle, but the Mirima National Park, Ivanhoe Crossing and Kelly’s Knob are all easily accessed from the town itself.


The real beauty of this region is that it lets you be as adventurous and indulgent or as laidback as you wish. Climb, walk, swim or just lie back and admire the beauty of the Kimberley, famous for its boab trees, sheer gorges, rugged ranges, sandy beaches, waterfalls and cool swimming holes 350 million years in the making.

Book your Holiday to the Kimberley and save! 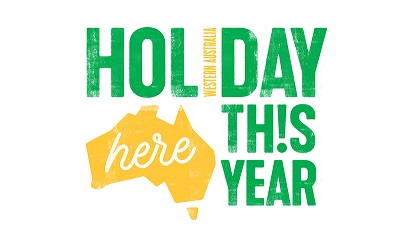