Melbourne is a labyrinth of laneways that contain hidden bars, live music venues, acclaimed restaurants and designer boutiques. It's also a city with a passionate love of sports and boasts an action-packed calendar of blockbuster events, all year around.

Visit Melbourne at any time of the year and be greeted with a jam-packed program of exciting and unmissable events. Major events such as The Australian Open, Melbourne Food and Wine Festival, Formula 1 Australian Grand Prix, Melbourne Cup Carnival and the Melbourne Winter Masterpieces are the highlights between non-stop live gigs, exclusive art exhibitions, football fever and musical and theatre stage shows. 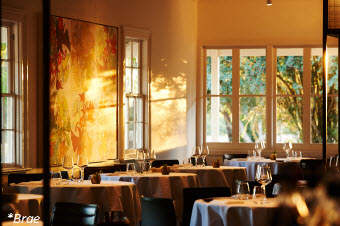 Melbourne is a city serious about its food. Restaurants, cafes and bars can be found lining main thoroughfares, hidden down laneways, perched high on rooftops, tucked down in basements and everywhere in-between. Many of the country’s most passionate and innovative chefs call Melbourne home. Ben Shrewry’s Attica was recently crowned Australia’s top restaurant in the prestigious World’s 50 Best Restaurants list (number 32) and Dan Hunter’s Brae in Regional Victoria was awarded number 44. Dining destination precincts such as Flinders Lane in the CBD, Smith Street in Collingwood and Gertrude Street in Fitzroy, are home to the most awarded culinary and bar hotspots in Melbourne.

There are more than 1000 fashion retailers within the city centre alone. The city's myriad of laneways and arcades uncover charming boutiques, while department stores and shopping centres continue to raise the bar. Explore the inner-city shopping centres such as Emporium Melbourne and Melbourne Central and find the best international brands in Bourke Street Mall with Zara and H&M’s Australian flagship store, as well as Australian department stores Myer and David Jones.

*Coupon Code: Offer valid from 00:01 26 June - 23:59 26 July 2017 (AEST) and is valid for Melbourne hotels only and is valid only for qualifying purchases made on the Site. Your $50 code MELBOURNE50 OR $100 MELBOURNE100 can be redeemed at http://www.webjet.com.au/ and through the App, excluding https://packages.webjet.com.au/ and https://exclusives.webjet.com.au/. Select your preferred hotel and enter the code in the Coupon Code field on the payment page and we'll pay $50 (a minimum spend of $400 applies) OR $100 (a minimum spend of $800 applies) towards your total hotel booking cost. Valid for all stay dates. Read our full Coupon Code Terms & Conditions. Webjet’s standard booking Terms and Conditions apply.