Experience Macao, Your Own Style

Macao is a unique destination with a rich historical and cultural history, combining centuries old Portuguese and Chinese customs, traditions and celebrations. Located on the western banks of the Pearl River Delta of Guangdong Province, some 64 kilometres south west of Hong Kong, Macao’s territory has a total area of only 30.5 sq. km comprising the city of Macao, built on a peninsula, with the reclaimed land connecting the islands of Taipa and Coloane, all linked by bridges and a causeway.

Its greatest asset and attraction is the heritage of a cultural hub where the arts and lifestyles of ancestral China have flourished alongside those of colonial Portugal, a remarkable number of historic buildings, streets and squares has survived, quite at home in the shadow of high-tech skyscrapers and modern cultural and convention centres.

The premier attractions including the magnificent Ruins of St Paul’s, the Monte Fort and Macao Museum, Senado Square and A-Ma Temple offer old world charm amongst the latest developments in Macao. Ride the world’s shortest cable car to Guia Lighthouse in 80 seconds! For those who need an adrenalin rush, a visit to Macau Tower, from here you can choose from a range of adventure activities including Bungy Jump from the tower exterior at 233 metres above ground. See the bright lights and enjoy exciting nights along Cotai Area and dine at wonderful restaurants.

In 2017, UNESCO added the former Portuguese enclave to an elite list of Creative Cities for its Gastronomy. Macao, this year celebrating its 20th anniversary as a Special Administration Region (SAR), is said to boast one of the world’s earliest forms of fusion food dating back almost five centuries. 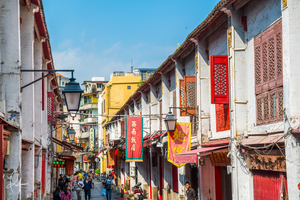 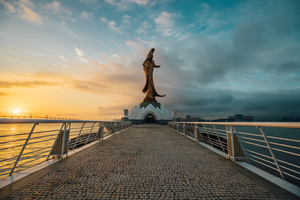 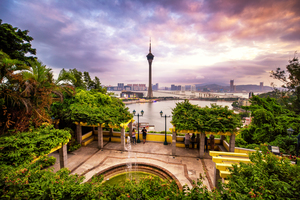 Packages Coupon code: Macao Holiday packages offer valid from 00:01 1 September - 23:59 30 September 2019 (AEST) and is valid for Macao packages only. Your $150 code MACAO can be redeemed at https://packages.webjet.com.au/packages/ and through the App. Select your preferred package and enter the code in the coupon code field on the payment page and we’ll pay $150 (a minimum spend of $2,500 applies) of your total package booking cost. Package coupon codes are redeemable on package bookings only, booked at https://packages.webjet.com.au/packages/ or through the App. Read our full Coupon Code Terms & Conditions. Webjet’s standard bookings Terms and Conditions apply.