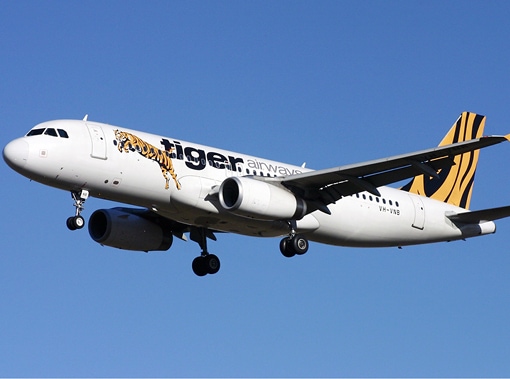 Tigerair (originally Tiger Airways) first took off to Australian skies in 2007, although the airline was originally established several years earlier in Singapore. Its maiden commercial flight was from Melbourne to Gold Coast and two years later, Tigerair commenced its Melbourne to Sydney flights – one of the busiest flight routes in the world. As the low-cost carrier grew, its network branched out to offer cheap flights to destinations around Australia, including Brisbane, Adelaide, Cairns, Alice Springs and Canberra. Its initial base out of Melbourne Airport was expanded to later include Sydney and Brisbane Airports. The first Tigerair international flights were to Denpasar in Bali, departing from Melbourne, Adelaide and Perth. Virgin Australia acquired majority of the-then Tiger Airways in 2012, and the remaining stake in the low-cost carrier was acquired in 2014.

As of August 2020, Tigerair is no longer operating services within Australia. Virgin Australia however, the owner of Tigerair, continues to fly throughout Australia. The Virgin Australia network offers flights to key domestic destinations such as Melbourne, Sydney and Brisbane, as well as to Cairns, Adelaide and Perth, among others. You can book cheap flights in Australia on Virgin Australia with Webjet. Please make sure to check current border restrictions and entry requirements ahead of booking.

You can now select seats and print your boarding pass. Tigerair Online Check-in at Webjet. Save time at the airport.

Departing from
*Prices on this page are subject to change without notice, perform a search to view live pricing. Prices are inclusive of taxes and airline surcharges. Webjet flight fees per booking: Webjet Servicing Fee: Domestic $21.95, NZ/Pacific $24.95, International $32.95. Booking Price Guarantee: Domestic $12.95, NZ/Pacific $14.95, International $21.95. Varying payment fees are included in the price breakdown on Webjet’s checkout page, once your payment method has been selected.


Who is Tigerair owned by?

What do I do if my Tigerair flight is impacted?

If your travel booking is affected by the closure of Tigerair, you may be eligible for a travel credit to use on services operated by Virgin Australia. Please see our Support Page for more information.