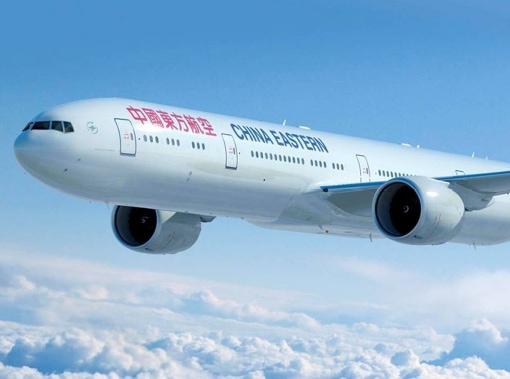 Experience China Eastern on Your Trip

China Eastern Airlines is one of China’s ‘Big Three’ airlines, alongside Air China and China Southern. It is a member of SkyTeam and has codeshare agreements with, amongst others, American Airlines, Air France, British Airways, Qantas and Cathay Pacific.

China Eastern’s headquarters are located in the vibrant and cosmopolitan city of Shanghai. From this primary hub, the airline serves most of the larger Chinese cities and major ports of Asia, including: Cambodia, Japan, The Republic of Korea, India, Malaysia, Laos, Myanmar, Nepal, Singapore, Thailand and the Socialist Republic of Vietnam. Ports in Europe, America and Australia include: Paris, Frankfurt, Moscow, Madrid, London, Vancouver, Los Angeles, Sydney and Melbourne.

Once referred to as “The Paris of the East”, Shanghai is an exciting and populace city located south of the Yangtze River, at the estuary of the Huangpu River. It has a fantastic and varied history. Originally a small fishing village, by the 13th Century it had grown into an important port, with its own textile and handicraft industry. After the Opium War in 1840, Shanghai became an international colony and served as a trading port – and so much more. The city became a conglomeration of foreign concessions, a literal melting pot of politics and power play where change, conflict and commerce lived hand in pocket for many years. In the end, the foundation of the People’s Republic of China brought about another era for Shanghai, until in the 1990’s it once again took up the mantle of a modern metropolis and economic powerhouse.

Today, visitors with a penchant for shopping can wander the bustling Nanjing and Huaihai Roads perusing international brands. Alternatively, Dongtai Road and Yuyuan Commercial City offer more traditional Chinese souvenirs. A ‘must-see’ is the historic Bund, where traditional German architecture from the heady days of “Old Shanghai” is bracketed by trendy bars and underlined with great river views

While in Shanghai, it would be a shame not to explore some of the amazing restaurants and cafes. Renowned for its freshwater foods, seafood, and vegetable dishes, Shanghai has become a centre for China’s distinctive cuisines.

Shanghai has also earned a reputation as a centre of art, learning and culture, being the home of some of the country’s foremost educational and research institutes, the Shanghai Grand Theatre and the Shanghai Museum, which houses some of China’s finest art, coin and traditional seal collections.

If the city’s pace gets too much, take time out to visit the Shanghai City God temple, where Daoist priests go about their duties. The monks regularly hold performances of traditional music, which is another ‘must-see’ if you’re at all interested in catching a glimpse of China’s ancient traditions.

China Eastern Airways is headquartered at Shanghai Hongqiao and utilises Shanghai Pudong International Airport as its regional and international hub.

Shanghai Pudong Airport covers a vast 40 square kilometre area and is one of Asia’s major aviation ports, particularly for the East Asia region. There is a main terminal building and two terminal concourses, connected by passageways for easy access. The airport is well serviced by shopping areas, restaurants, and other conveniences required by international travellers.

There are plans for a third passenger terminal and two additional runways to be completed by 2015, raising the airport’s capacity from 60 million to around 80 million passengers annually. A high-speed maglev service links the airport to downtown Shanghai in just over seven minutes. The airport operates 24 hours a day.

China Eastern Airlines operates daily flights from both Sydney and Melbourne to Shanghai. The aircraft most commonly used on these routes is the modern A340-300, offering excellent flying comfort. Fare types include First, Business and Economy classes.

First Class cabins are exclusively stylish. The leather seats fold flat and provide in-seat power supply, massage functions and personal screens. Passengers are provided with bed linens, including a duvet, mask and socks. The in-flight menu has a choice of main courses, desserts and beverages. Watch films or TV programs in up to eight languages, or listen to music on your personal entertainment system. Luggage allowances are generous for First Class passengers: 1 piece of 15kg hand luggage, 2 pieces of 32kg when flying to North America and 1 to 2 pieces of 40kg (total) for all other destinations.

Business class cabins offer angled seats or flat beds, depending on the aircraft. Cabins are fitted with in-seat power supplies, space for personal storage and personal screens. Passengers on flights longer than two hours are provided with toiletries. The in-flight menu has a choice of main courses, salads, breads and desserts, with beverages including fine wine and champagne. In-flight entertainment is available offering movies, TV programs and music from around the world. Business Class passengers are allowed 1 piece of 10kg hand luggage, 2 pieces of 32kg (each) when flying to North America and 1 to 2 pieces of 30kg (total) for all other destinations.

Economy Class has the standard seat layout, with a pitch of 32 to 33 inches and adjustable footrests. Passengers on overnight or long haul flights are provided with toiletries and socks. Catering includes hot and cold meals, with salads, bread and beverages. Some of the flights on the more modern aircraft have personal screens, offering movies, TV shows and games. Luggage allowances are 1 to 2 pieces of 20kg (total), for all destinations apart from North America, where there allowance is 2 pieces of 23kg (each).