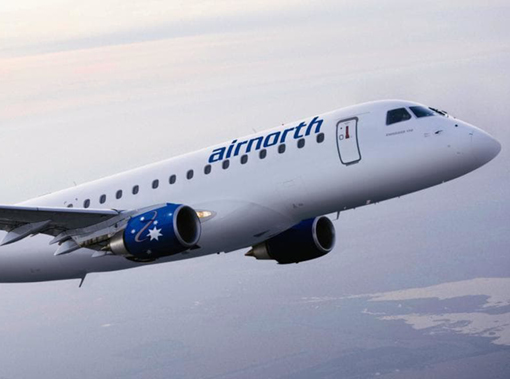 Broome, Kununurra, Port Hedland, Karratha, Mount Isa and McArthur River are all regularly serviced by Airnorth, as are the Arnhem Land and Gulf communities of Maningrida, Milingimbi, Elcho Island, Groote Eylandt and Gove.

Air North also flies to Dili, the capital of Timor-Leste, and has been a significant supporter of peace and rebuilding in the world’s youngest democratic nation.

Escape to the Top End

Darwin is the capital of the Northern Territory and the regional centre for the entire northerly region of Australia known as the “Top End”. This region lies, roughly, above a line drawn between Broome in Western Australia and Townsville, Queensland.

The Top End encompasses a sparsely populated wilderness of diverse geology, climate and history. Making your way across this region once demanded legendary feats of endurance. Today, the modern Airnorth fleet makes it possible for thousands of visitors each year to experience this amazing part of the world for themselves.

Airnorth regularly fly to some of Australia’s most remote communities departing from its hub in Darwin. Airnorth bridges the vast distances between the metropolitan city of Perth in the West and the beach resorts of the Gold Coast in the East.

Airnorth operates two E170 jets, capable of carrying 76 passengers, two pilots and two cabin attendants. Passengers will find a comfortable interior layout, with two seats on either side of the aisle, a galley and two toilets. Complimentary light refreshments are served during the trip.

The remoter communities are connected by Airnorth’s Metro23, twin engine turboprop aircraft, which can carry 19 passengers and a flight crew of two. Be prepared to travel light! The good news is that every seat is a window seat – just no toilet.

Roughly 388 nautical miles north-west of Darwin is Dili, Timor-Leste’s capital city. The official languages are Tetum and Portuguese, with English becoming more widely spoken. The city is located on the northern coast of the island of Timor. It is situated on a fantastic stretch of beach facing the Ombai strait. Dili is emerging as the door to one of Asia's loveliest destinations. Despite its troubled beginnings, the people of Timor-Leste are openly friendly and determined to fashion for themselves an independent future.

Darwin's modern International Airport is conveniently situated only 15 minutes drive from the central business district. One terminal serves both domestic and international flights and operates 24 hours a day, every day.

A taxi rank is located directly in front of the terminal building and there is a regular, 24 hour airport-to-city shuttle bus. All the major car hire companies operate out of Darwin airport and the Darwin Airport Resort hotel is a mere 350 metres from the airport terminal.

Airnorth and Qantas have teamed up, so that Qantas and Airnorth customers share the benefits of a streamlined booking system, inclusion in the Qantas Frequent Flyer program and electronic ticketing.

Search, compare and book cheap flights on AirNorth with Webjet.